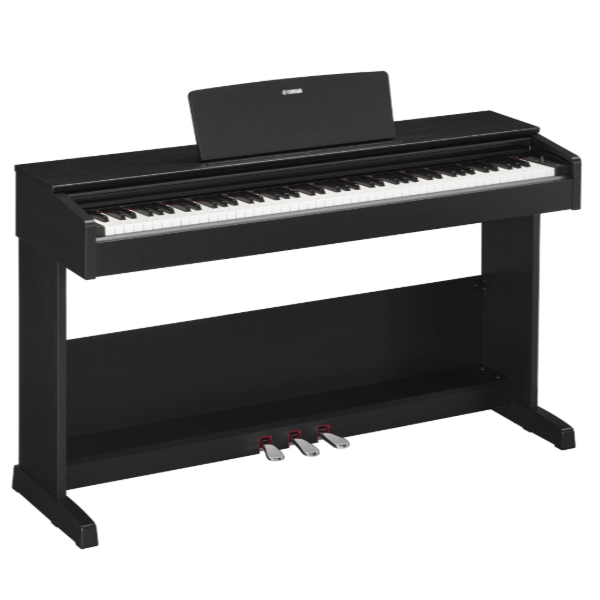 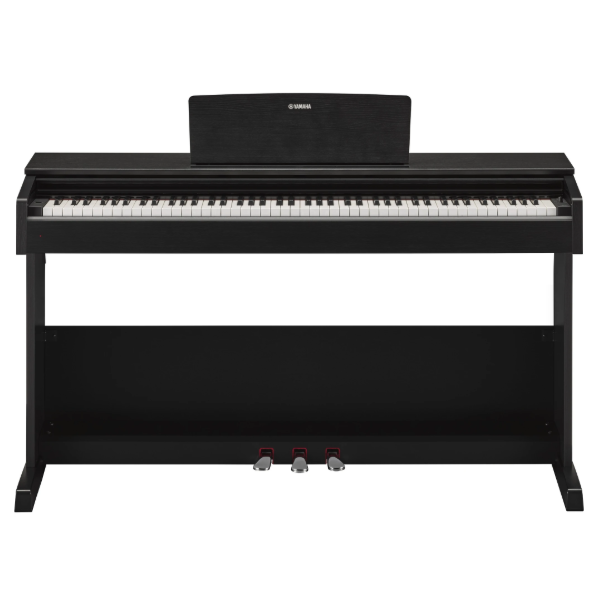 Before you even get your hands on the the Yamaha Arius YDP-103, you’ll be stunned by its richly-finished black cabinet and elegant appointments. These give the Arius an inviting acoustic allure that won’t look out of place in a living room, teaching studio, recital hall, or house of worship. Includes a matching black bench for a traditional look.

Musiekwerelds keyboardists have been impressed with the Arius piano’s Graded Hammer Action (GHS) keybeds. This feature gives the Yamaha Arius YDP-103 a realistic key response that’s heavier in the bass side and lighter on the top end. Matte black keytops absorb sweat and moisture to keep fingers from slipping through extended periods of use. Though not quite as realistic feeling as the higher-end Ariuses, the YDP-103 does a great job for students and weekenders.

Yamaha’s AWM (Advanced Wave Memory) sampling employs digital technology to record an instrument’s sound, and then applies a high-quality digital filter to the recorded samples. Using pairs of waveforms captured by two microphones for Left and Right, AWM Stereo Sampling creates a deeper, richer and more spacious soundstage. You’ll also appreciate the Arius YDP-103’s built-in dual 6W speaker system. Just turn it on and you can start performing — there’s no need to connect any other gear. That makes the YDP-103 the perfect transition from an acoustic instrument to the benefits of a digital one.

The Yamaha Arius YDP-103 possesses the traditional compliment of damper, sostenuto, and soft pedals. Half-damper pedal control yields detailed nuance and subtlety, almost like pedaling on a real acoustic piano. This feature allows continuously increasing lengths of sustained notes, from slight to full, depending on how far you press the sustain pedal. So if your playing sounds excessively loud or murky, you can release the pedal halfway or higher to decrease the sustain.