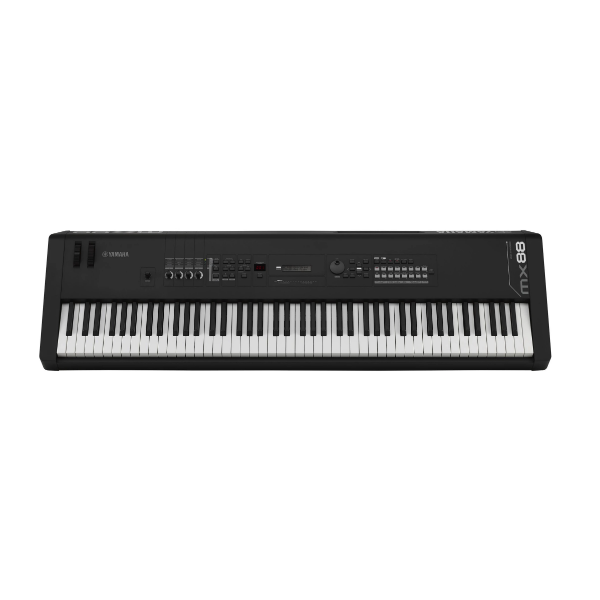 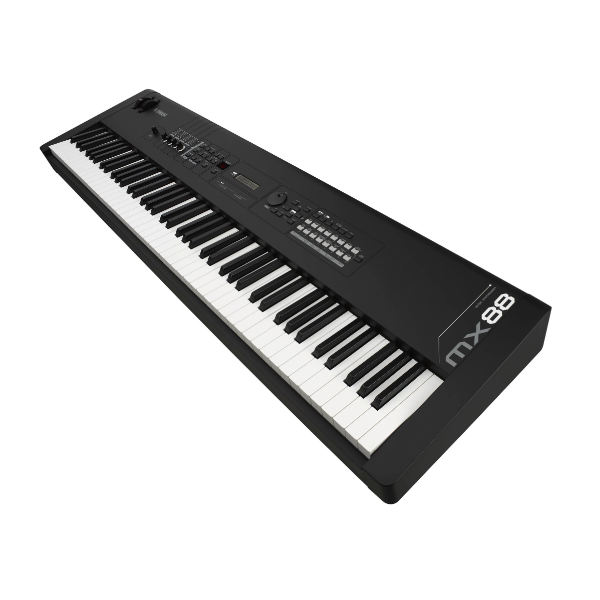 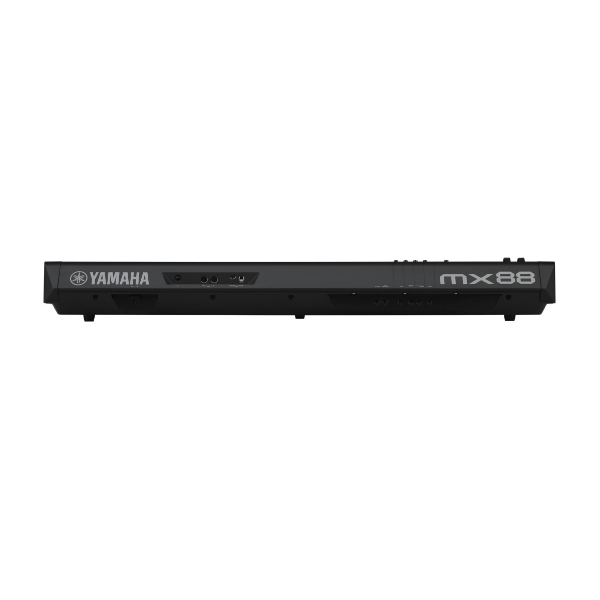 Killer Motif Sounds w/ Realistic Piano Action
The Yamaha MX88 rocks more than 1,000 killer MOTIF XS sounds, a class-compliant USB audio/MIDI interface, and deep controller integration with your favourite computer music software. Its 88 keys are full-sized, weighted, and velocity sensitive. Matte black key tops absorb moisture and remain tactile after extended use. Bring this synth/controller to the studio or a gig and deploy its potent patch arsenal. From amazing acoustic pianos, EPs, strings, and drums to evolving 8-element synth textures, the MX puts it all right at your fingertips.

Yamaha VCM FX engine on-board
In addition to a massive MOTIF XS sound bank, MX88 is equipped with Yamaha’s VCM FX engine, which meticulously models vintage effects at the circuit level. EQs, phasers, flangers, wah-wahs, and more are all on the menu here, letting you instantly tap into the coveted sounds of the 1970s.

16-part multitimbral, 128-note polyphony
Your MX88 is 16-part multitimbral and spec’d with 128-note polyphony. Electronic musicians at Musiekwereld know how critical this is. These features build up dense sequences and play them without fear of dreaded note-stealing or sounds cutting off. This makes the MX an ideal tone generation solution for onstage performance and live playback of MIDI tracks off your DAW.

Real-time hands-on control over DAW and VSTs
The MX’s top panel is equipped with solid, great-feeling knobs and buttons for real-time hands-on control over its internal sounds, external VST instruments, and DAW parameters. The streamlined interface lets you quickly find, edit, and store your sounds on-board. The MX88 comes with template editor software, so you can customize the interface to your preferences. There are advanced integration templates for most popular DAWs, and when used with Cubase, an AI knob lets you control any parameter with the MX’s large rotary encoder simply by mousing over it.