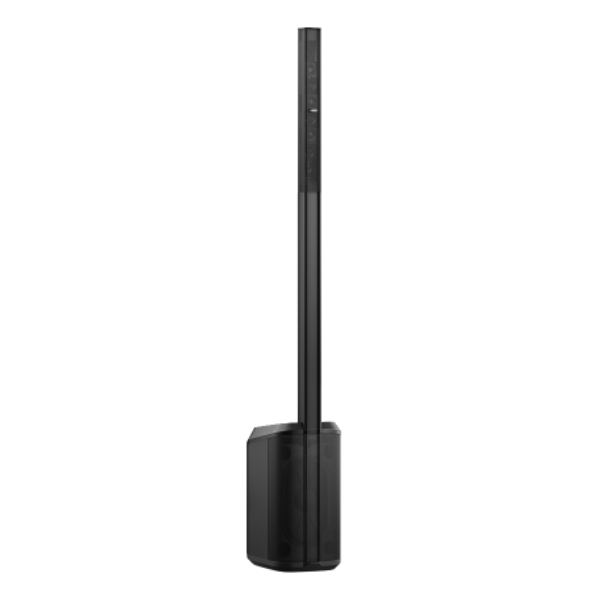 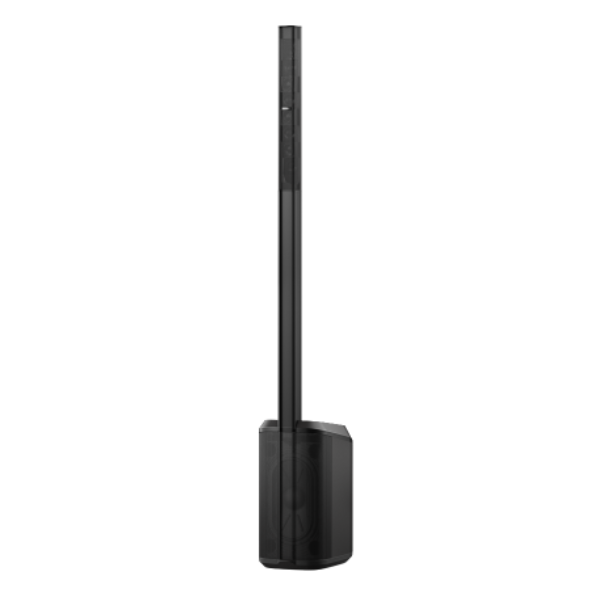 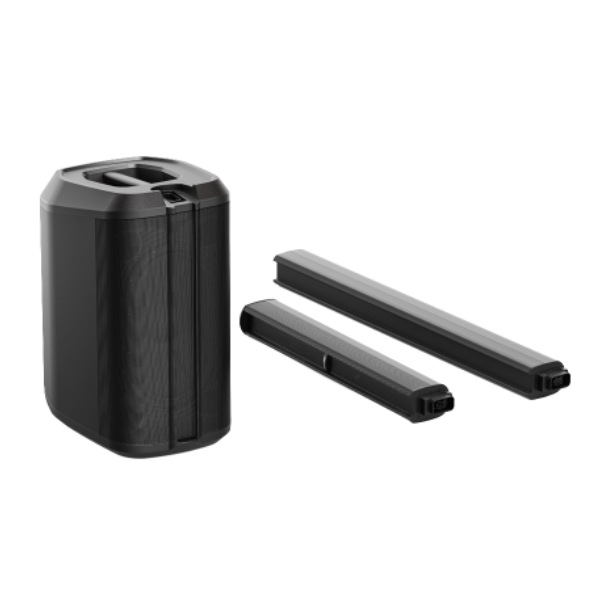 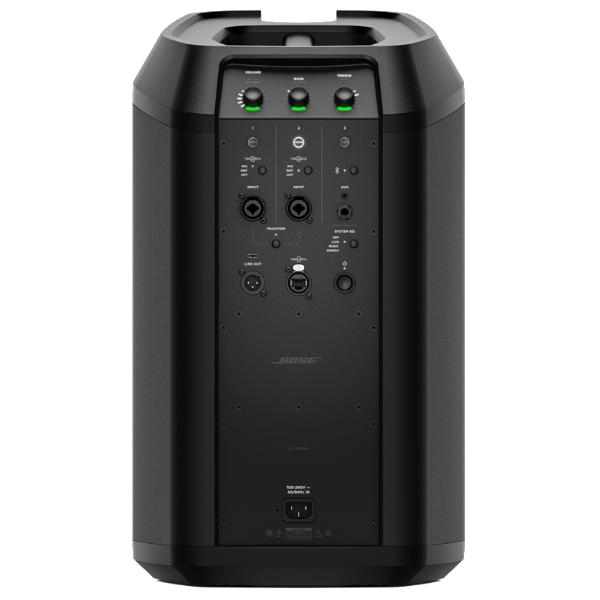 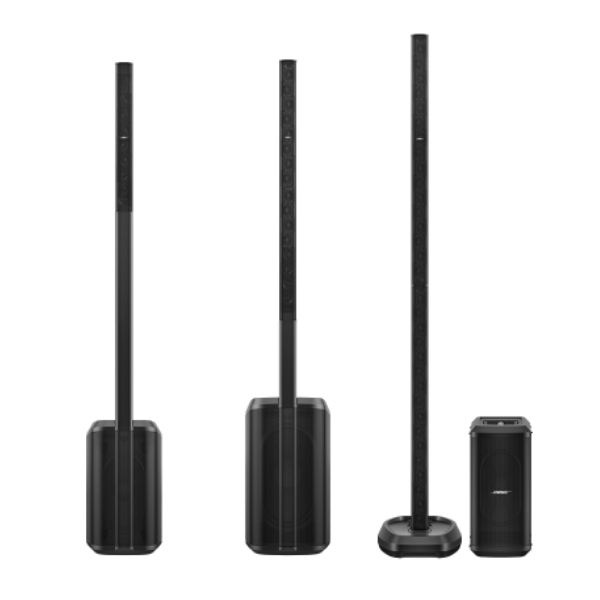 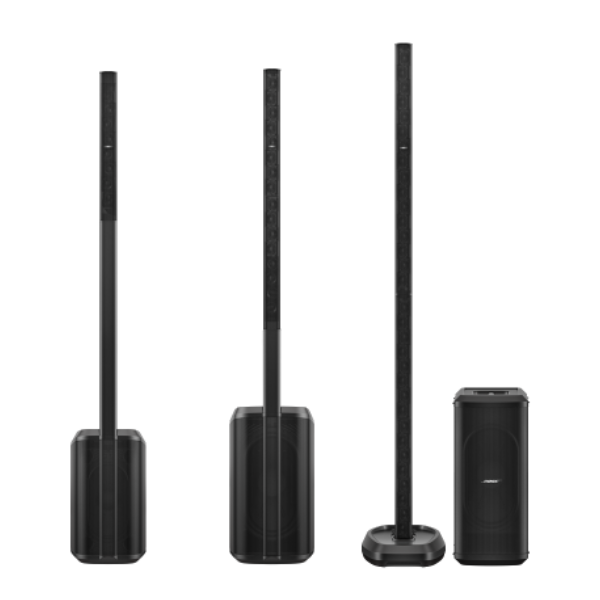 Bose’s Most Portable L1 System Yet!

Ideal for singer/songwriters, the Bose L1 Pro8 portable line array system is lightweight, easy to transport, and delivers top-notch Bose audio quality across the stage and throughout the audience. There’s enough power here for a small gig at a café, a record store, or even a backyard party. Even better, the Bose L1 Pro8 sets up in minutes, and you don’t have to be an audio professional to get superlative sound from its onboard 3-channel mixer. Solo artists at Musiekwereld enjoy the convenience of the L1 Pro8’s all-in-one design and agree that useful features, including wireless control via Bose’s free L1 Pro Mix App, make it a perfect choice for traveling musicians!

With one trip from the car to the stage, you’ll have your full PA system and monitoring system in one hand — all thanks to Bose’s line array technology. The Bose L1 Pro8 system has eight 2-inch neodymium drivers inside a vertical enclosure — all positioned at precise angles. The result is nearly 180° of even horizontal sound coverage, so the sound remains the same, even at the extreme sides of the audience or the stage. Instead of dialing in a stage monitor while wondering what the mix sounds like from the crowd, you’ll always hear exactly what the audience hears with the Bose L1 Pro8.

Small, lightweight, and easy to set up

Apart from its excellent sound, arguably the best part about the Bose L1 Pro8 system is that it’s easy to carry and set up. You won’t need to call in help just to get the system into the gig, and you won’t have to labor through tons of cable connections and audio-testing steps. Weighing under 40 lbs., the Bose L1 Pro8 is light enough for one musician to carry, and it sets up in minutes flat. You can also choose between two setup positions, depending on the space you’re performing in: a collapsed position for smaller spaces and an extended position to fill larger rooms.

One element that makes the L1 Pro8 the most portable L1 system yet is its 7-inch by 13-inch Racetrack driver. Often found in small audio systems, Racetrack drivers use an elongated cone shape to match the performance of traditional circular speaker cones in a slimmer format. Bose has enlarged the typical Racetrack driver design to deliver solid, room-filling low end from a slim, travel-friendly footprint.

On the back of the Bose L1 Pro8’s subwoofer, you’ll find a convenient 3-channel mixer with two 1/4-inch and XLR combo inputs, each with 48V phantom power for use with condenser mics, active ribbon mics, and mic boosters. For connecting laptops and other audio devices, the L1 Pro8 contains 1/4-inch and 1/8-inch auxiliary inputs, or you can pair any Bluetooth-enabled device for wireless streaming. Illuminated digital rotary encoders for the volume, bass, and treble controls are easy to see in dark venues. Need more inputs? No problem! Simply connect a Bose T4S or T8S Tone Match mixer via ToneMatch cable to the L1 Pro8’s ToneMatch port.

If you sing and play guitar, the Bose L1 Pro8 PA system is perfect for you — although its applications extend far beyond just that. What makes the L1 Pro8 so convenient is that it has two of Bose’s elite ToneMatch channels. Bose has preconfigured presets for a vocal microphone and an acoustic guitar, so it’ll sound great with no tweaking necessary.

Get true freedom of movement and take wireless control of the L1 system with the Bose L1 Mix App for Android and iOS devices. With this handy app, you can adjust settings, access custom ToneMatch EQ presets, and stream audio right from your phone or tablet. As a solo artist, that means you can tweak a mix on the fly without having to leave your seat or bend down to use the L1 Pro8’s onboard mixer. And, for live sound engineers, the L1 Mix App enables you to roam the room and fine-tune the mix so that it sounds great from wherever you’re listening.