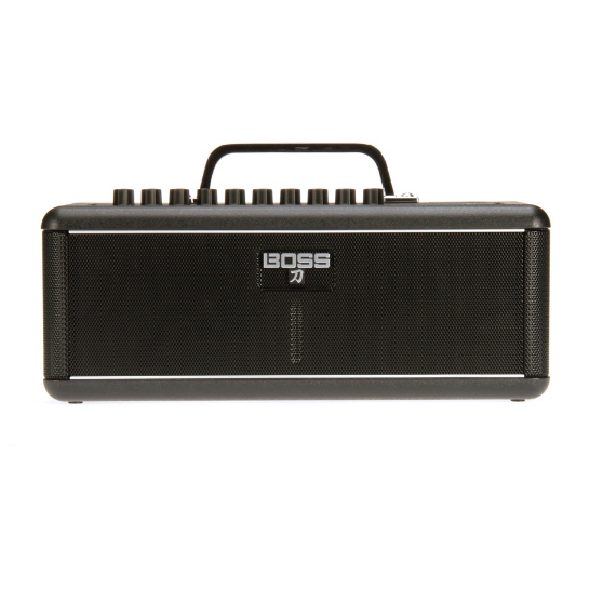 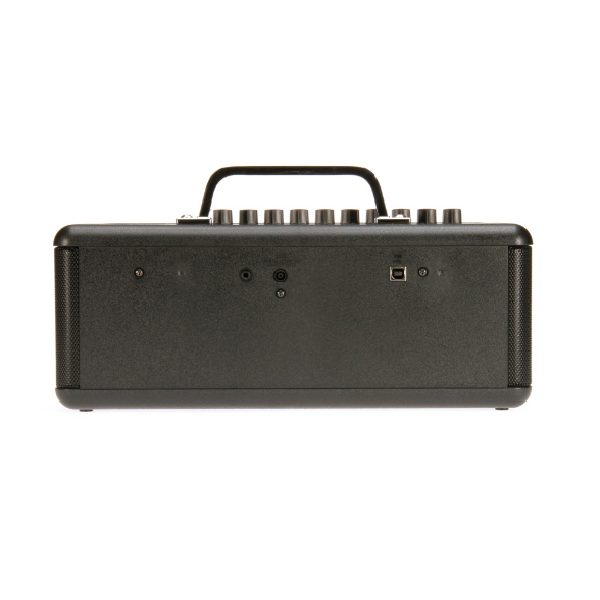 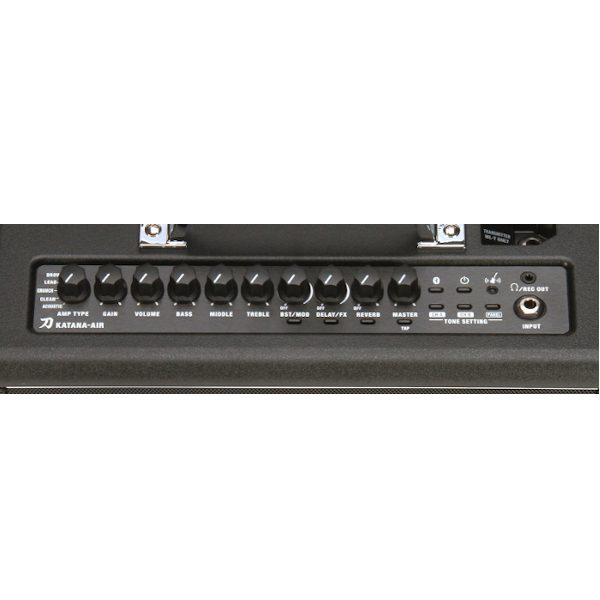 The World’s First Fully Wireless Guitar Amplifier
First things first: the BOSS Katana-Air wireless guitar amplifier delivers primal tones from the Katana amplifier series, with five distinct amplifier characters and over 50 BOSS effects. What makes the Katana-Air perfect for any guitarist’s home is its complete wireless versatility. It comes with a wireless transmitter for use with any guitar, and the transmitter recharges when you dock it into the Katana-Air. You can stream music to its powerful stereo speaker system wirelessly via Bluetooth, and even power it with eight AA batteries so you’re not tethered to wall power. Combining wireless ease of use with excellent BOSS guitar tones, the BOSS Katana-Air is the perfect practice partner.

The world’s first fully wireless guitar amplifier
Some guitarists assume wireless technology is really only for the stage, but many guitarists at Musiekwereld find it’s even more convenient at home — it’s simply more enjoyable and comfortable to practice without being tethered. The BOSS Katana-Air features a wireless transmitter you can use with any electric guitar, providing up to 12 hours on a single charge. It even features motion-activated operation, which means it will automatically turn on when you lift your guitar off its stand. To recharge, simply dock the transmitter on the Katana-Air. And while the Katana-Air can be powered via a power adapter, you can also use eight AA batteries for a fully wireless guitar amp solution.

A custom-tuned stereo speaker system
A stereo speaker system allows the Katana-Air to deliver impressive guitar tones despite its small size. Running on battery power, the speakers are driven with 20 watts of power — using a power adapter for wall power increases it to 30 watts. Either is plenty to fill your room with sound, whether you’re playing the guitar or simply using Katana-Air as a home playback system.

Create custom effects with BOSS Tone Studio editor software
The Katana-Air’s Booster/Mod, Delay/FX, and Reverb controls give you easy 1-knob access to each effects type, with a colour-coded button to switch between preset effects. To completely customize your effects and amp settings, connect your phone or tablet to the Katana-Air wirelessly and load up the Tone Studio app. Create your own setup or download setups created by pro guitarists at the BOSS Tone Central website. You can also stream music from your music library directly to the Katana-Air.