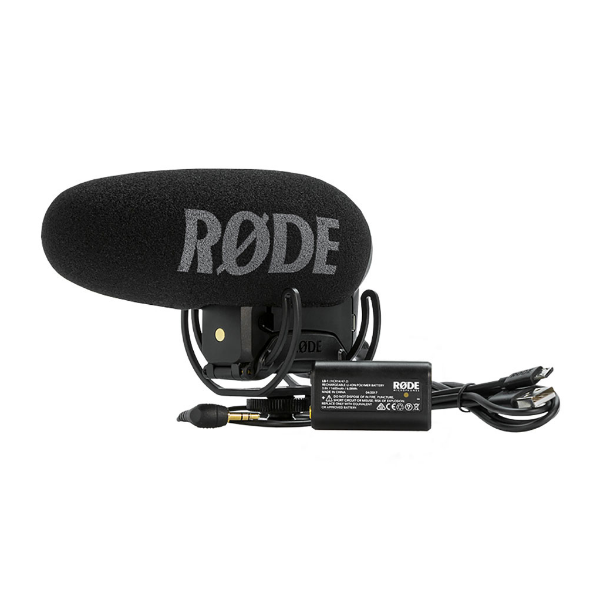 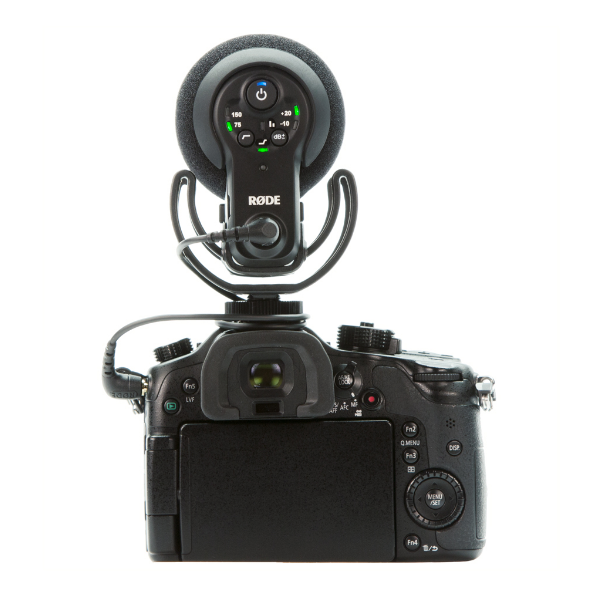 Outstanding Pro Video Mic Gets Even Better
Do you want to elevate the audio quality of your video productions? It all starts with your mic selection. The Rode VideoMic Pro R+ takes Rode’s successful VideoMic Pro R shotgun microphone and adds several new high-value features. You still get the Rycote Lyre shock mount, which does a superior job of isolating the mic capsule and electronics from vibrations that can cause rumble. But there’s so much more. Instead of the Pro R’s 9V battery power, the Pro R+ ships with a rechargeable Li-ion battery. And even though the lithium battery will power the mic for over 100 hours, if the power does get low, you can run the mic with two AA batteries! Even better, the Pro R+ incorporates digital switching to reduce post-production editing — with a two-stage highpass filter, three-stage gain control, HF Boost, and a Safety Channel to prevent clipping in the event of unexpected amplitude spikes.

The superior shock mount solution
The Rode VideoMic Pro R+’s integrated Rycote Lyre shock mount system isolates the microphone’s capsule and electronics from its mount, giving you immunity to vibrations that can cause extraneous sound creeping into your audio. Whether you’re hand-holding your camera or using a tripod or Steadicam, vibrations can find their way to your mic and ruin an otherwise good take. The Rycote Lyre shock mount stops those vibrations in their tracks. Constructed from a single piece of rugged thermoplastic, the Lyre provides superior acoustic suspension than traditional elastic shock mounts and resists sagging or breaking.

A serious shotgun mic
Spec’d with a 0.55″ condenser capsule that delivers broadcast-quality sound, the Pro R+ is a true shotgun mic optimized for audio capture with camcorders, DSLRs, and portable audio recorders. The VideoMic Pro R+ has an impressively low self-noise of just 14dB, and it’s fitted with a 3.5mm TRS connector that sends the mono signal to both left and right channels of your camera or recorder. The mic’s supercardioid polar pattern truly minimizes off-axis audio, focusing on the subject in front of your lens — so you capture only the audio you want. And right out of the box, the VideoMic Pro R+ has a sealed foam windscreen that works great for low-wind environments (plush/shaggy windscreen for outdoor use is available separately).

Digital switching for cleaner audio and enhanced efficiency
Tired of finding out in post that a loud truck passed by or you inadvertently picked up HVAC rumble? The VideoMic Pro R+ employs a two-stage highpass filter to silence low frequencies, saving you the time you might otherwise spend fixing those audio problems in post. You also get a built-in preamp that adds 20dB of gain so that your camera always obtains a good signal level; no more auto-gain that raises the noise floor up to the ceiling. On top of that, the Pro R+ offers HF Boost to clarify high-end details and a Safety Channel that, when engaged, cuts the right channel signal by 10dB to prevent clipping.

Automatic power functionality
Even with 100+ hrs. of battery life, you don’t want the mic to stay on when you’re not shooting, and you certainly wouldn’t want to forget to turn the mic on when the camera starts rolling. Rode has eliminated those issues with an automatic power function that turns the mic on whenever your camera is turned on — and turns the mic off when the camera is powered down or disconnected from your Pro R+. You can also power the Pro R+ continually via the included Micro USB cable.