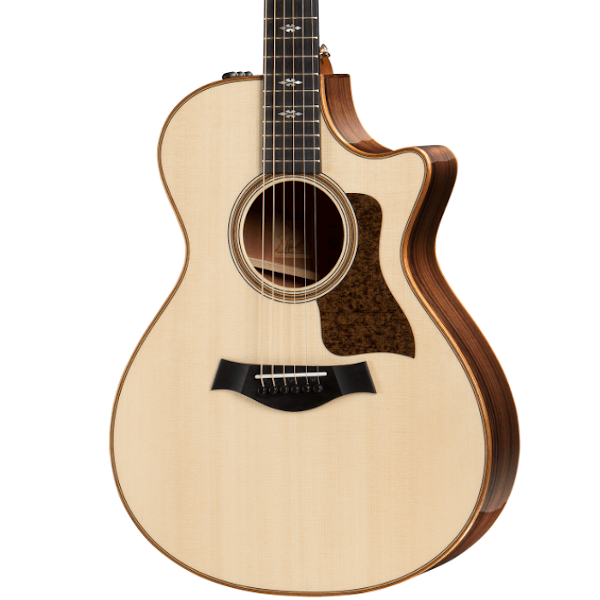 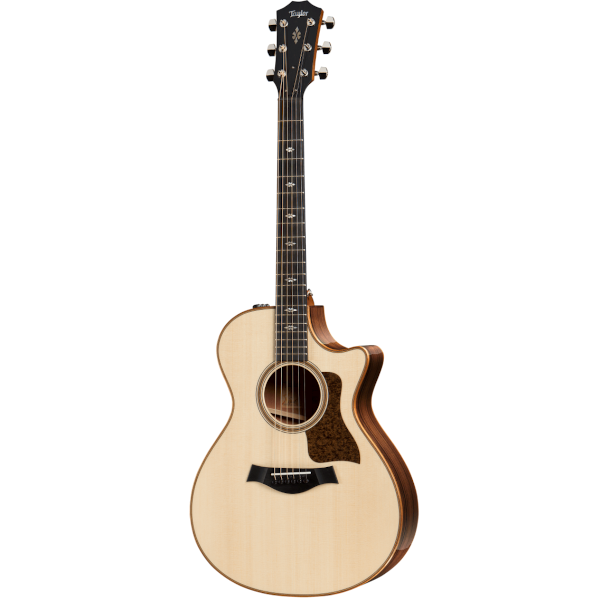 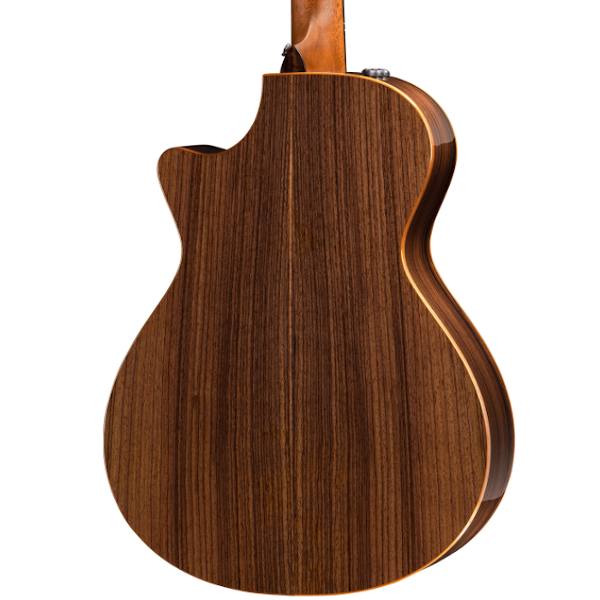 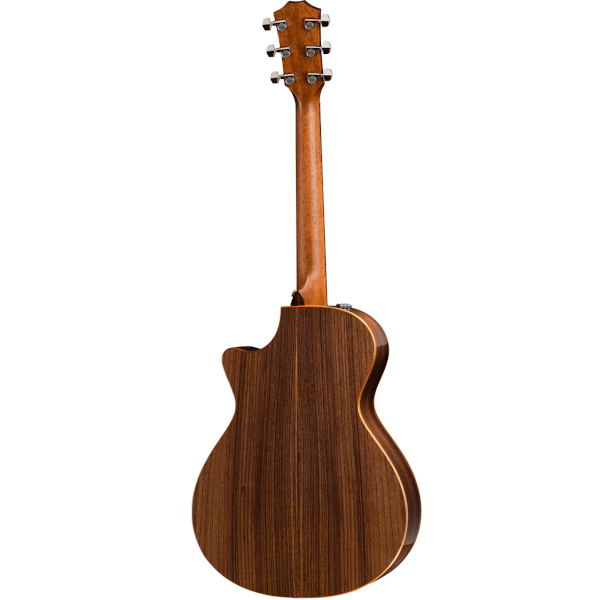 Combining tasteful aesthetics, tone-enhancing details, and amazing value, Taylor’s 700 Series guitars are incredibly popular. The solid Lutz spruce top of the 712ce Grand Concert V-Class acoustic-electric pairs beautifully with richly grained solid Indian rosewood back and sides to deliver a delicate, beautifully detailed sound with warm low end, punchy midrange, and clear treble — a sound forged by Taylor’s revolutionary V-Class bracing and amplified flawlessly by the onboard Expression System 2 electronics. As your eyes drink in this instrument’s understated elegance, your hands savor its flawless playability, and your ears revel in its rich, organic tone. Taylor’s 712ce Grand Concert V-Class is a feast for the senses.

Ideal for fingerstyle and tracking

For fingerstyle and tracking, Musiekwereld’s guitar gurus favor Taylor’s Grand Concert body style, which gives you clarity and balanced tone that lends itself to layering with other instruments in thicker arrangements where a larger-bodied acoustic would take up too much sonic real estate. This guitar’s smaller Grand Concert body and tapered waist not only make it a great studio and stage guitar, but its short scale and lighter string tension also make it easier to play — perfect for younger players with small hands. It also makes for a more efficient design, in that the smaller body is inherently stronger, which enables it to be more lightly braced, making it easier to set the strings in motion.

Bracing is the internal framework of an acoustic guitar that helps shape its sound. Although X-bracing has been standard in acoustic guitars for over a century, it creates an innate conflict between two key elements of a guitar’s sound: volume and sustain. The guitar’s top (its soundboard) contributes to both. The flexibility of the top generates volume (projection), while its stiffness generates sustain. And with X-braced guitar tops, here’s where the trade-off comes in: when something is made stiffer, its flexibility is reduced (and vice versa). V-Class bracing changes all that.

With Taylor’s V-Class bracing, an acoustic guitar top can be both stiff and flexible — for more volume and sustain. V-Class bracing provides stiffness parallel to the strings for more rigidity and hence sustain. Flexibility on either side generates the air movement necessary for robust projection. It’s the best of both worlds. This groundbreaking innovation also improves intonation: not only producing notes that are louder and with longer sustain — but more in tune with each other. V-Class bracing boosts volume evenly across the tonal spectrum, increases sustain, and improves the natural intonation of the instrument by creating a more synergistic response from the soundboard. This fosters a more harmonious relationship between the notes you play, helping chords to ring out in cohesive splendor. Pick up a Taylor with V-Class bracing, and experience it for yourself.

Nothing beats the sound of rosewood topped with spruce. A natural hybrid of Sitka and white spruce, Lutz spruce blends the pleasing sonic attributes of both species with the bold tonal imprint of Adirondack spruce. As a top tonewood, Lutz spruce offers a combination of strength and elasticity that responds well to a strong pick attack and delivers robust volume, projection, and tonal richness with a broad dynamic range and crisp articulation that’s ideal for most playing styles. Used for the back and sides of the 712ce, Indian rosewood’s extended frequency range and rich, musical tonality have elevated it to premium status among tonewoods. Its potent low end can serve up a throaty growl, while sparkling treble notes ring out with bell-like clarity. Slightly scooped in the midrange, rosewood acoustic guitars are perfect for solo performance, vocal accompaniment, and tracking in sparser arrangements.

If you play plugged in, you’re going to love the Taylor Expression System 2 (ES2) electronics built into your 712ce. The key to this fantastic system is the 3-section proprietary pickup located behind the saddle. Because of where it’s positioned and how it’s integrated into the guitar’s saddle, the ES2 pickup provides you with remarkably clear and accurate sound. In addition to a master volume control, a pair of tone controls lets you tweak your highs and lows to get the sound you need, and a discreet polarity switch offers vital onboard feedback suppression.