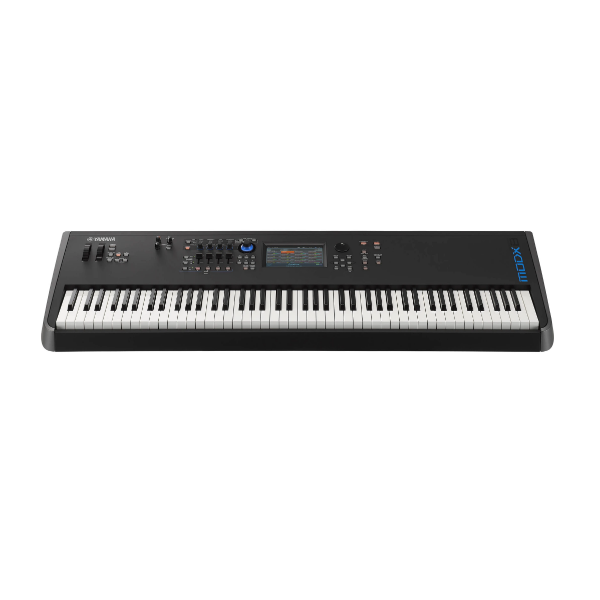 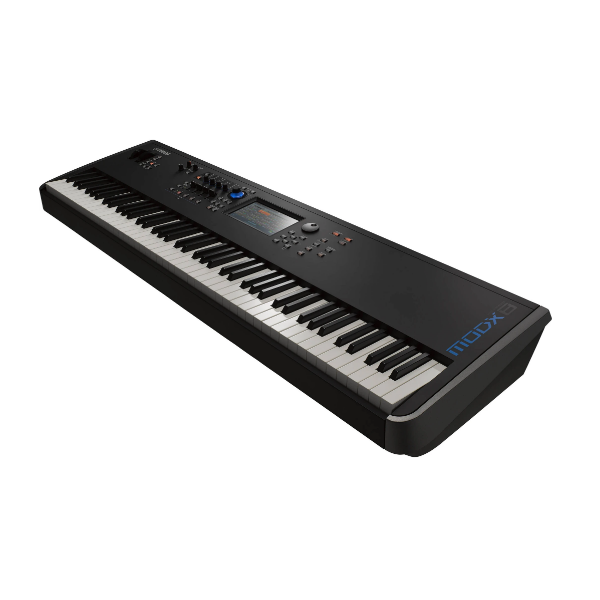 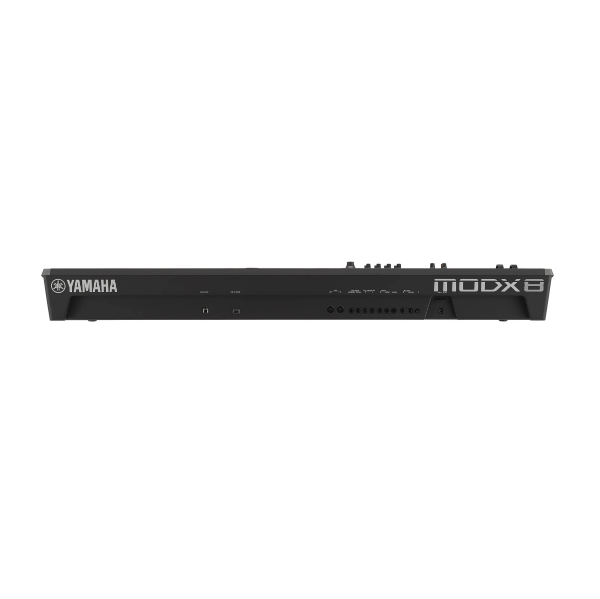 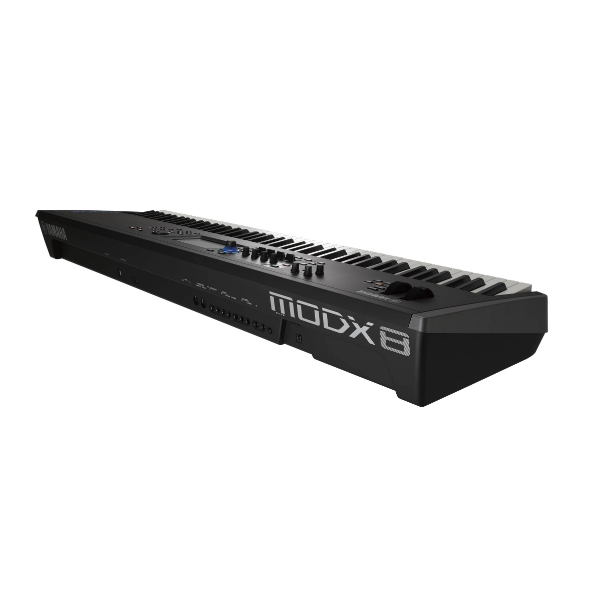 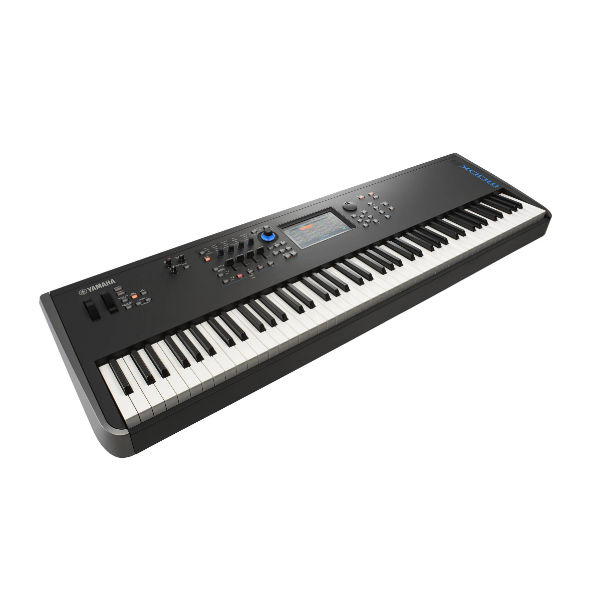 Packed with sophisticated features
In addition to the AWM2 and FM-X sound engines, the MODX8 is packed with sophisticated features (many handed down from Montage), including the Super Knob, which gives you simultaneous control over multiple parameters; the ability to send ten and return four audio channels plus 16 MIDI channels to/from your computer or iOS device over USB; Live Sets, which allow for Performance organization without copying, renaming, or changing order; and an A/D input that processes external audio sources through the MODX DSP.
Also onboard is Yamaha’s Motion Sequences feature, which drives synth parameters via rhythmic control data you can intuitively interact with in real time; an Envelope Follower that lets you use internal or external audio as a synth parameter control source; and a Vocoder effect that re-creates the classic voice-synth sound. Four-part Seamless Sound Switching, the capacity for 27 simultaneous effects, an onboard 4-in/10-out audio interface, and 1GB of internal flash memory complete the feature set. The MODX8 gives you a powerful modern synthesizer, a potent controller with a multichannel USB audio/MIDI interface for extensive DAW and VST control, and an expressive 88-note Graded Hammer Standard keyboard to drive it all.

A powerful instrument that does it all
Keyboardists have long respected the top-notch sounds Yamaha loads into their keyboards, and the MODX8 is no exception. From stunningly realistic acoustic and electric pianos, guitars, basses, and drums to orchestral instruments to vintage and modern synth sounds, each patch is expertly crafted down to the finest detail, so you can call up any preset you like and never have to worry about tweaking your tone. When you’re in the mood to patch from scratch, however, the MODX8 provides a robust set of sound-sculpting tools for realizing your ultimate musical vision.
Add to that a full complement of VCM-based effects and processors, and you’ll never run out of creative possibilities with the Yamaha MODX8. MODX8 boasts a broad selection of effects for both the internal sounds and for use with the A/D inputs, giving you access to the same effects found in Yamaha’s professional digital recording consoles. And MODX8 supports the use of 27 effects simultaneously, so you can polish your tracks to perfection.